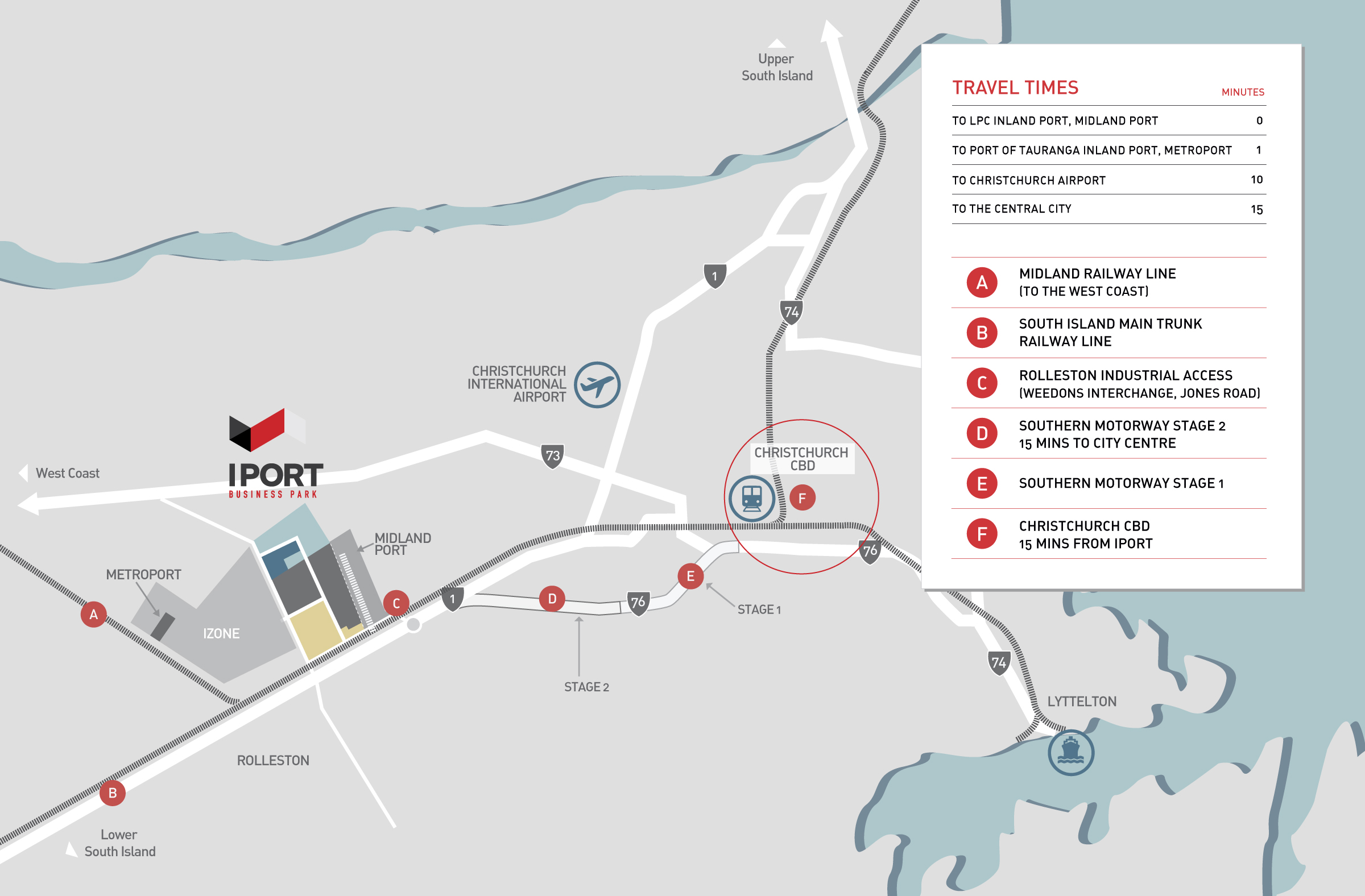 Recently the Government has also announced that NZTA will fund and complete a two-lane overbridge over the State Highway directly linking IPort to Rolleston township. The construction for this $60 million roading project is to commence in 2023 and be completed within 18 months. The new overbridge will also provide for pedestrians and cyclists and will pass over the railway line improving the safety and avoiding the existing road level crossing on Hoskyns Road.

Rolleston is located in the Selwyn District. Selwyn has had the highest population and economic growth in New Zealand over the last 10 years. Annual economic profile figures released by Infometrics show that from 2009 to 2019 the district’s growth grew by 5.2% and GDP grew by 6.5%, ahead of all other districts in New Zealand.

IPort’s location just 28 kilometres from Christchurch’s CBD is a major asset for exporters and importers.

It is strategically positioned at the intersection of the South Island’s major freight arteries – the South Island Main Trunk Railway Line, the Midland Railway Line, State Highway 1, and Christchurch’s new Southern Motorway which opened in 2020. These arteries provide easy access to Lyttelton Port and Christchurch Airport – the major freight links into and out of the region.

IPORT commenced with the sale of 27 hectares to Lyttelton Port of Christchurch to build its inland port – MidlandPort – which also links directly to rail.